John Oswald is a Demi, a human capable of using incredible powers. He is also an agent for World Police, an international security organisation. On their instruction he is sent to the Japanese village Tomishogo to investigate suspicious happenings. Unexpectedly, a massive explosion from an abandoned chemical plant rocks the city. Dozens die in the blast, and people across the town begin to get sick. Even
stranger, those who survive the sickness become Demi like Oswald. Only these Demi are in a constant state of delirium, unable to distinguish between friend and foe.

In an attempt to contain the sickness, and knowledge of Demi, the Japanese government quarantines the town, preventing news crews and rescue operations from entering. Oswald is now cut off from the World Police. While desperately trying to survive in this terrifying environment, he meets a nine year old girl whose mother died of the sickness. The girl is trying to find her father, a seemingly powerful man who has arranged for the girl to be evacuated. But she is unable to make it to the rendezvous point on her own. Oswald and the girl begin to make the treacherous journey to what they hope will be an escape.

Created in under three months, PaperDoor worked hard to put this game together. Sayuri Maebara (Sunrider, Sierra Ops) performs the ED with lyrics and music by Shoji and Seiji Amasawa. 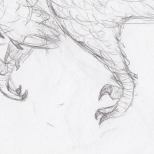 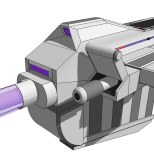 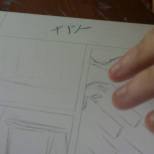 Cult of the Lily 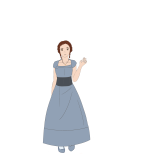 One Night of [Snow]

Car chase from One Night.